The lockdown led to the cancellation of our January Workshop (which will be rescheduled) but there was a good turnout for our February workshop, which was on constructing various types of containers. 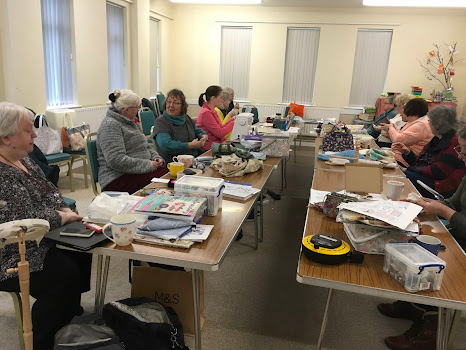 Theresa gave us a presentation on the types of containers which we could make and she was on hand during the workshop to give advice, so we all had a good time and produced a variety of containers.
Some made simple zipped pouches and others made boxes or scissor keepers.  The red beaded purse
was a kit which had been made by Helen. 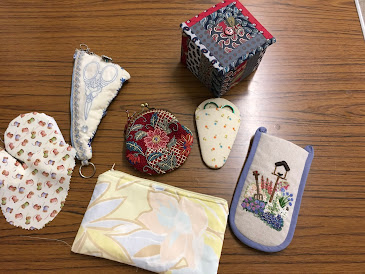 The Young Embroiderers made belts decorated with sequins, which gave them the opportunity to try
some simple machine stitching. 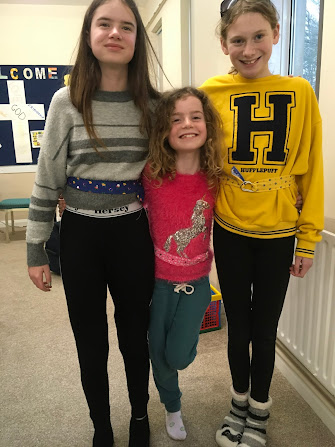 Posted by Isle of Man Embroiderers Guild at 12:24 PM No comments:

Our Christmas Party was very well attended as you can see from these photos. 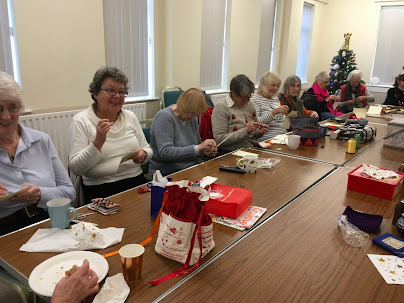 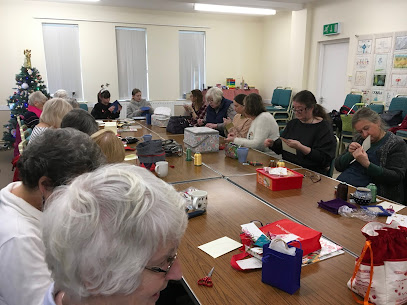 We enjoyed a very varied sharing lunch and then set to making threaded Christmas Cards.

The adults made a Christmas Tree 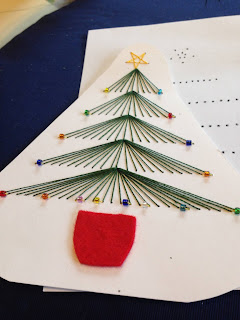 and the Young Embroiderers made a star. 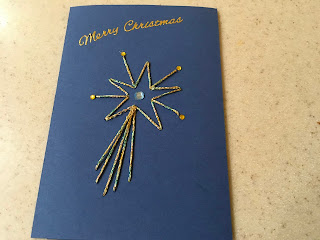 We also had a good display of Sewing Sisters and there are more not yet completed, so we hope to have them all exhibited next year to mark our 30th Anniversary 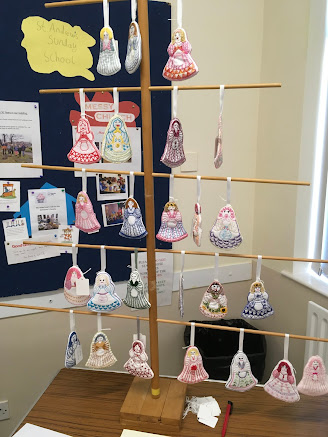 I hope  you all have a good Christmas and New Year and I look forward to seeing you all at our meetings and workshops next year.

Posted by Isle of Man Embroiderers Guild at 6:04 PM No comments:

Calum Harvey gave a talk about himself, his career and how he is currently enthused with “Heat Transfer Surface Design”.  He brought a table full of examples including small accessories such as keyrings, purses and wallets. 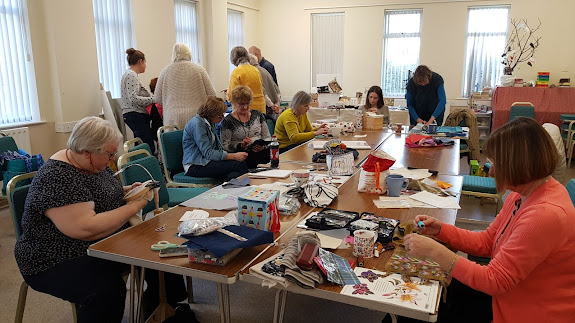 This photo shows the application of vinyl to the fabric in the heat press. 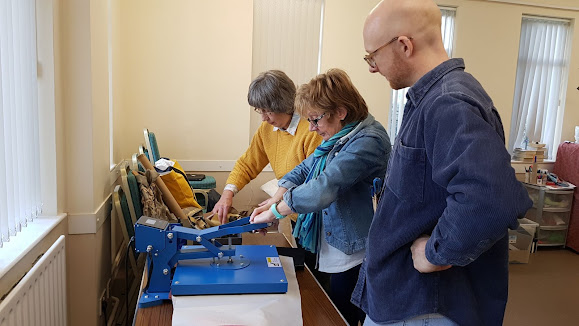 Five Young Embroiderers, including two new sewing enthusiasts, all managed to complete a felt thread catcher with beautiful blanket stitch and decorated them with beads, buttons and sequins. 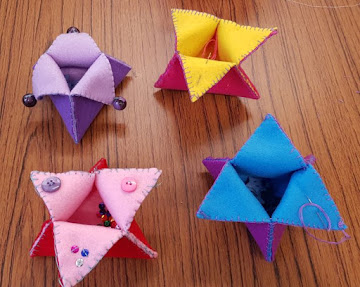 Posted by Isle of Man Embroiderers Guild at 8:48 PM 1 comment:

The Young Embroiderers' Wall Hanging is now complete and on display at Green's Restaurant, St John's.  An article was published in the Manx Independent and we have got a new recruit as a result from it. 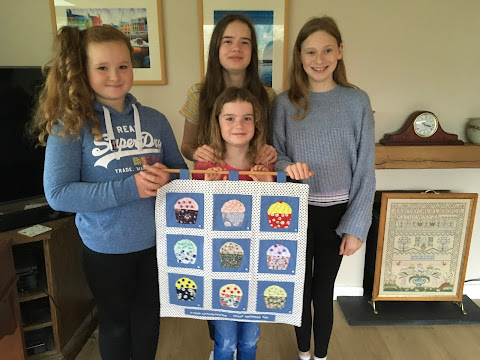 Posted by Isle of Man Embroiderers Guild at 4:08 PM No comments:

Posted by Isle of Man Embroiderers Guild at 5:55 PM No comments: 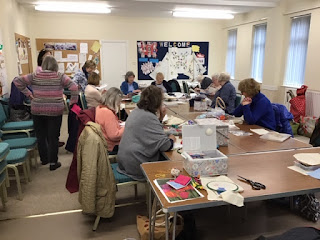 This was a well attended workshop and, although it wasn't really 'tutored', Janet supplied examples, kits and good old-fashioned iron-on transfers. It was very relaxed and there was plenty of chat and sharing of ideas and advice. There were also plenty of useful books to study from the library.

The photographer left before the end, so, sorry, no finished items but Janet's piece promises to be stunning. 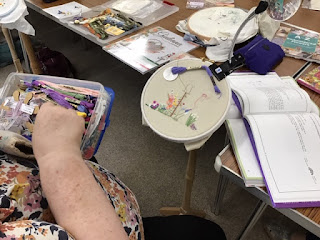 Posted by Isle of Man Embroiderers Guild at 10:37 AM No comments:

This talk had been well advertised and was well attended. There were probably more visitors than members, which was a shame, because it was a most interesting and entertaining talk.

Despite having the front half of her car wiped out, when turning into the hall car park, Jude Fullerton, lived up to the adage "the show must go on" and her talk was a performance in itself.
She explained how it was her job to 'translate' the director's ideas into sets and costumes. Budgets are always tight, so, for the amateur shows, mums and friends help with making or adapting costumes. Basic costumes can have many lives, being reincarnated to suit the show in production.
Jude also sources costumes online. Made in China is cheap and especially useful for a show like Mulan - and then they can be used again for "The King and I"!
Sometimes, costumes have to be hired. The show in preparation at the moment is "Shrek" and the padded green ogre and donkey, are beyond the local seamstresses.
Jude is full of ideas for the local shows, so we were given a sneak preview of Donkey visiting the Home of Rest for Horses, as a promotional video.
The time just flew by and we came away with a greater understanding of the work that goes on behind the scenes, not just in getting the actors and singers up to speed but in the creation of the whole magical setting, to transport us away from the real world.

Posted by Isle of Man Embroiderers Guild at 10:16 AM No comments: